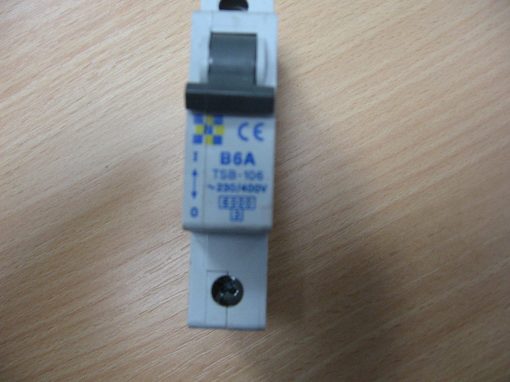 Specification for the CLIPSAL 6A B CURVE MCB – TSB-106

A bit about Clipsal

Clipsal’s proud history began in 1920.  When Alfred Gerard developed the product that gave the company its name. His aim was to provide an adjustable, one size “clips all” metal conduit fitting. Under the leadership of Alfred’s son Geoff, the company spearheaded.  During the separation several manufacturing breakthroughs occurred.  The first being an all-Australian switch in 1930. Then pioneering the use of thermoplastics in 1950.

In 1976 Geoff’s son, Robert Gerard AO took over the reins.  His business plan was to make Clipsal one of the biggest electrical accessory brand names in the world. His perseverance in Asia led to a strong trade partnership with the Lo Family. The Lo Family of Gold Peak Industries in Hong Kong were to become the number one brand throughout Asia. In Australia, Robert’s inspirational leadership played a vital role in increasing the visibility of the Clipsal brand. They produced a bigger range of products than its competitors. The extensive production was also backed by increased levels of service to the electrical contractor.

Any orders received before 1.00pm will go out the same day. Anything after 1.00pm will be despatched the following day. Dismiss